MahaRERA Asks Builder Not to Differentiate Between Buyer & Investor

In a landmark ruling, the Maharashtra Real Estate Regulatory Authority (MahaRERA) has refused to differentiate between an investor in a housing project and a homebuyer and has directed a developer to honour contractual obligations. The ruling is expected to set a precedent for all such matters arising from the refusal of developers to acknowledge the rights of investors as homebuyers that are pending before consumer forums, other state RERA authorities and courts.

In this case, Kamal Agrawal and Babita Agrawal approached the Maharashtra Real Estate Regulatory Authority against realty developer Sakla Enterprises. They asked the regulator to direct the builder to execute the registered agreement for sale with them and to hand over possession too. The Agrawal family had booked five apartments in the developer’s project Sagar Complex in Boisar near Mumbai, paying Rs 15 lakh for each flat.

According to the regulator, the complainants had invested their money in the project and therefore their rights needed to be protected and the developer is expected to abide by the contract.

As per the allotment letters, the developer agreed to hand over possession within two years, with the stipulation that the apartments would be bought back if they were not delivered on time.

The developer said the complainants were earning returns from the funds they had invested, as revealed by the allotment letter. And termed them investors and not allottees or end-users.

Vijay Satbir Singh, a member of MahaRERA that a promoter cannot accept more than 10% of the apartment price from allottees without first registering the sale agreements with the allottees.

MahaRERA told the developer it cannot deny the claims of the complainants merely by saying they were investors and not allottees since the complainants had invested their money in the registered project.

The regulator directed the developer to execute a registered agreement for sale in accordance with the allotment letters-cum-agreements dated October 9, 2017, failing which the money paid by the complainants needs to be refunded.

In a major move to improve the transport network in Mumbai, the Maharashtra government has announced a number of metro lines in the city linking major industrial and commercial hubs in and around the metropolis. While the Mumbai Metropolitan Region Development Authority (MMRDA), the nodal agency for the development of the Mumbai metro train route network in the megapolis, had finalized the construction plan of a 24-km Thane-Bhiwandi-Kalyan Metro-5 corridor and 14.5-km Swami Samarth Nagar-Jogeshwari-Kanjurmarg-Vikhroli Metro-6 corridor, mumbai metro train route Line 10, 11, 12 are also under construction.

Moreover, Mumbai Metro 2A line construction work is also finished. Here is all you need to know about Mumbai Metro connectivity.

Mumbai Metro Line 2 is a 42-km stretch and will have two sub-sections – 2A and 2B. The 2A section will be an 18-km corridor between Dahisar-Charkop-DN Nagar and will have 17 stations.

The 2B section is between DN Nagar-BKC-Mankhurd and will cover a route of 23.5 kms. The estimated cost for this project is around Rs 17,000 crores. It will be funded by the state and central governments, along with loans from the Asian Development Bank and the World Bank.

The route will have six-coach driver-less trains, which will be big enough to carry 1,800 commuters. The daily ridership is expected to touch eight lakhs within a year. While the work on the last phase is now finished, the trial runs on Line 2A was supposed to start in January 2021 but as per Mumbai Metro officials.

Due to the lockdown and lack of manpower, there will be a delay in completing the construction works, conducting trials, as well as operations, which were expected to start in May 2021. The authority is yet to announce the new deadline.

The 24-km-long and Rs 8,416-crore Thane-Bhiwandi-Kalyan Metro-5 corridor, will be completely elevated and have 17 stations.

The project is expected to be completed within 41 months (by 2021) and the frequency of metro trains on the route will be one train every five minutes, the release said. Each train running on the corridor, is expected to clock daily ridership of around 2.29 lakhs by 2021.

The initial minimum fare on the route will be Rs 10 and maximum Rs 50. The project will be implemented by the MMRDA. The Metro-5 corridor will eventually connect with the Metro-4 line of Wadala-Thane-Kasarwadavli and Metro-11 corridor between Taloja and Kalyan.

The 17 proposed stations on this corridor are-

The sixth metro line, which will link the western suburbs with their eastern counterparts, will be the second west-east metro corridor, after the already operational Versova-Andheri-Ghatkopar section, it added.

The Metro-6 corridor earlier was planned to link Jogeshwari-Vikhroli to Kanjurmarg. However, it was extended in the west to Swami Samarth Nagar, linking Metro-2 corridor and the entire western suburbs.

The 18.6-km Metro 2-A route is between Dahisar east and DN Nagar in Andheri east. By linking this corridor with Metro-6, the entire corridor length becomes 33 kms. The route will have its car depot at Kanjurmarg.

The Metro-6 corridor will be linked with the Western and Central Railways’ suburban network, Metro 2-A (Dahisar-DN Nagar), Metro-7 (Dahisar-Andheri), Metro-4 (Wadala-Thane-Kasarwadavli) and Metro-3 (Colaba-Bandra-SEEPZ) corridors, thus, creating the longest metro corridor in the Mumbai Metropolitan Region (MMR). The initial minimum fare on the Metro 6 route will be Rs 10 and maximum at Rs 30.

Mumbai metro train route 7 is a 33.5-km-long section that will connect Dahisar with Andheri and further to the Mumbai International Airport. The route will have 29 stations, out of which 14 will be elevated and the remaining will be underground.

At present, only 16 stations have been approved. The construction was started in August 2016 at an expense of Rs 6,208 crores and operations were expected to start in mid-2020. However, due to the Coronavirus pandemic and the subsequent lockdown, the project is not yet complete. The Asian Development Bank is providing partial funding  for the project.

As per the proposal, Metro-9 will be integrated with Metro-7 (Dahisar to Andheri) and Metro-2A (Dahisar to DN Road) along with the proposed Rs 3,600-crore Gaimukh-Shivaji Chowk (Mira Road or Metro-10). The tendering process to appoint general consultants and contractors for civil works for Metro-9 is in progress and is expected to commence from March 2019. Currently, the north-western suburbs of Mira-Bhayander are connected to Mumbai via the suburban railway line.

Prime minister Narendra Modi, had laid the foundation stones for three Metro Lines – 10, 11, and 12 in September 2019, that will serve the city and also the MMR.

While the 9.2-km long Gaimukh to Shivaji Chowk (Mira Road) Metro-10 corridor and 20.7-km long Kalyan to Taloja Metro-12 corridor will serve the region; the 12.8-km long Wadala to Chhatrapati Shivaji Maharaj Terminus Metro-11 corridor, will be for commuters travelling to South Mumbai from the central suburb Wadala.

It can be noted that the financial capital is catching up with the national capital after decades, in modern public transport and is pumping in over Rs 1.2 lakh crores to build 14 metro corridors stretching 337-km over the next decade.

The Thane-Bhiwandi-Kalyan Metro Line 5 project may hit a roadblock, as over 100 families have opposed the proposal to construct a car-shed on their land at Govegaon, near the Kalyan-Bhiwandi Road in Maharashtra. The villagers said they did not want to lose their land to make way for a car-shed, as it was their only source of livelihood.

“The Mumbai Metropolitan Region Development Authority (MMRDA) wants to acquire around 36 hectares of our land in Govegaon, for a metro car-shed. The move will affect as many as 100 families,” secretary of Kon-Gove Sangharh Samiti, Pandharinath Bhoir, said, in a press conference, on October 11, 2019. “We’re not against the metro project. We just want the MMRDA to use government land, instead.

We aren’t ready to give our land, as we will lose our livelihood,” said Bhoir, adding that the compensation offered by the development authority was less than the market value. Neeta Mahajan, a lawyer, who represents the committee, said, “The villagers have their houses, shops and small-scale workshops on this land.”

The MMRDA had, in 2018, sent notices to the residents, stating that it wanted to acquire the land for the car-shed. The Metro Line 5 is likely to benefit over 2.9 lakh people, as it will cut the travel time between Thane and Kalyan. 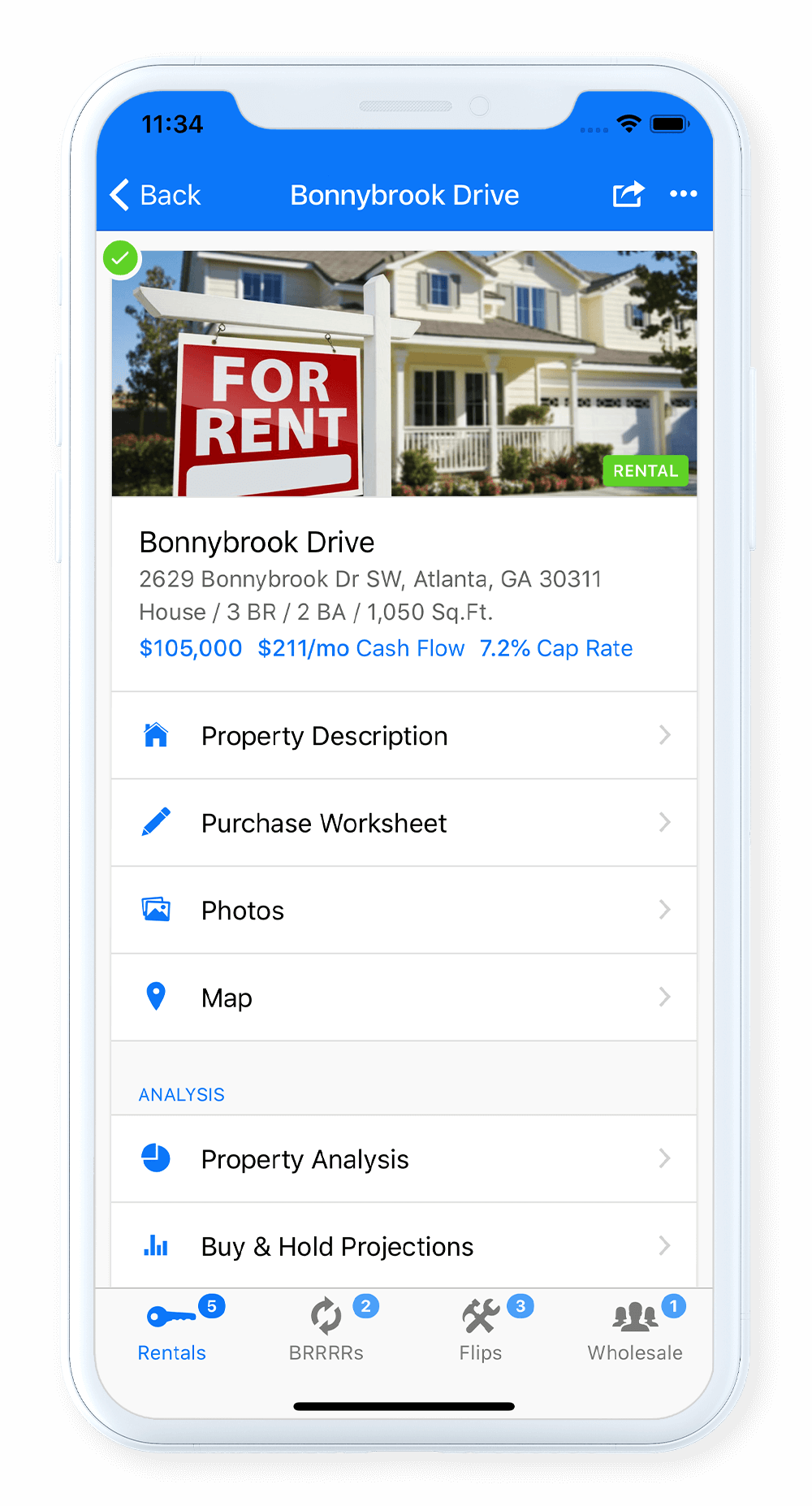 Banks rely on credit bureaus to provide them with useful data to rate a borrower’s creditworthiness. Assigned through a score,…

The NGDRS is a state-specific platform, where property buyers and sellers can pay stamp duty and registration charges and book…

We list some plants that home owners can grow, which, according to Vast and Feng Shui are believed to bring…

The EXPECTATIONS is the charity platform of Marine Real Estates, Mumbai, where you can donate money and other things through us like –

So, please visit our charity platform & earn goodness through donation !!!